We are committed to be an inclusive and friendly group that challenges all possible forms of oppression including the ones based on gender, race, ethnicity, nationality, sexuality, physical impairment, mental illness, age, income and others that fall into this scope of action. As such, our action will be designed to promote, encourage and support an equalitarian atmosphere, in which everyone is welcome.


If you want to join our WG, feel free to text us anytime on email hidden; JavaScript is required. Remember that only members of the yEFIS Network are able to join our WGs. 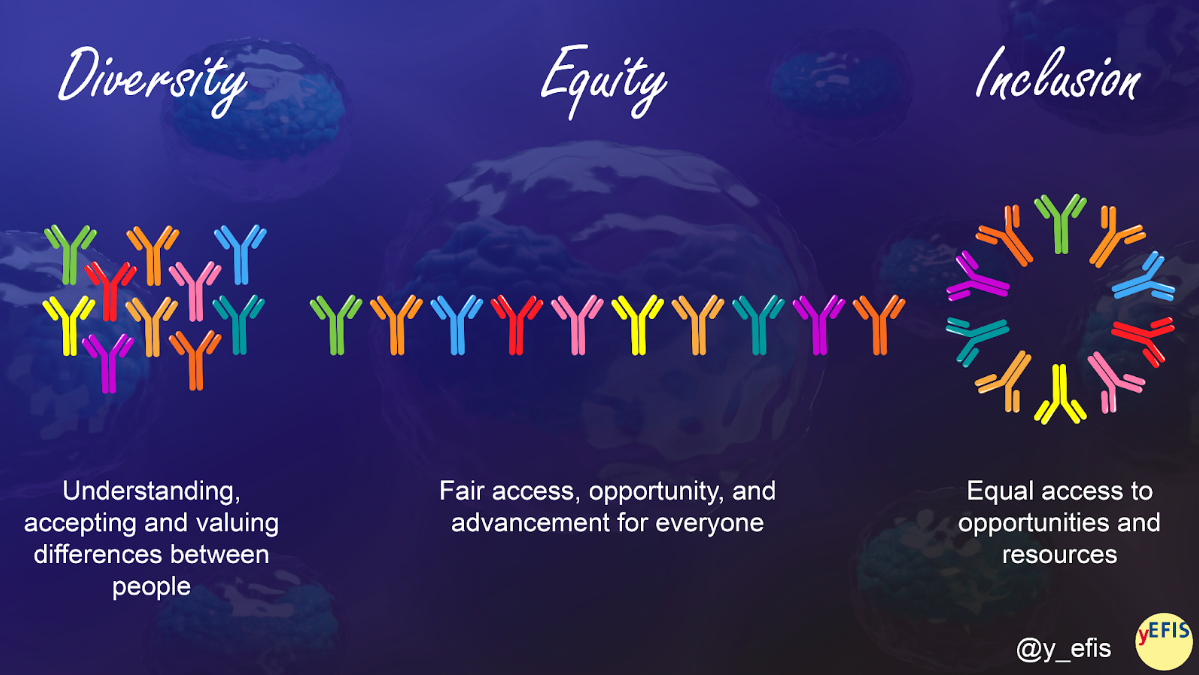 Pride is not just Gay Pride & a Rainbow

‘’Each time a person in a discriminating minority stands up for themselves, without knowing it possibly, without claiming it, they stand up for all other members in that community.’’ (Adapted by Maya Angelou). 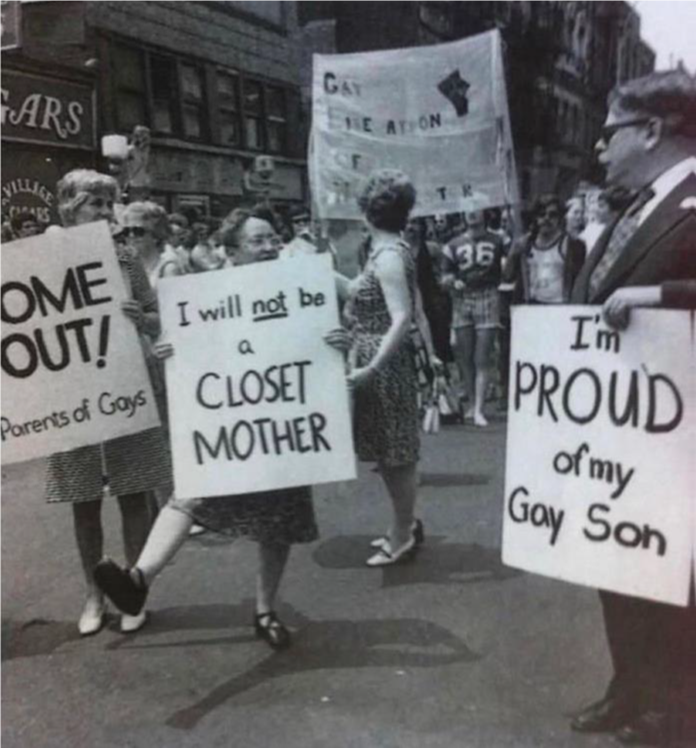 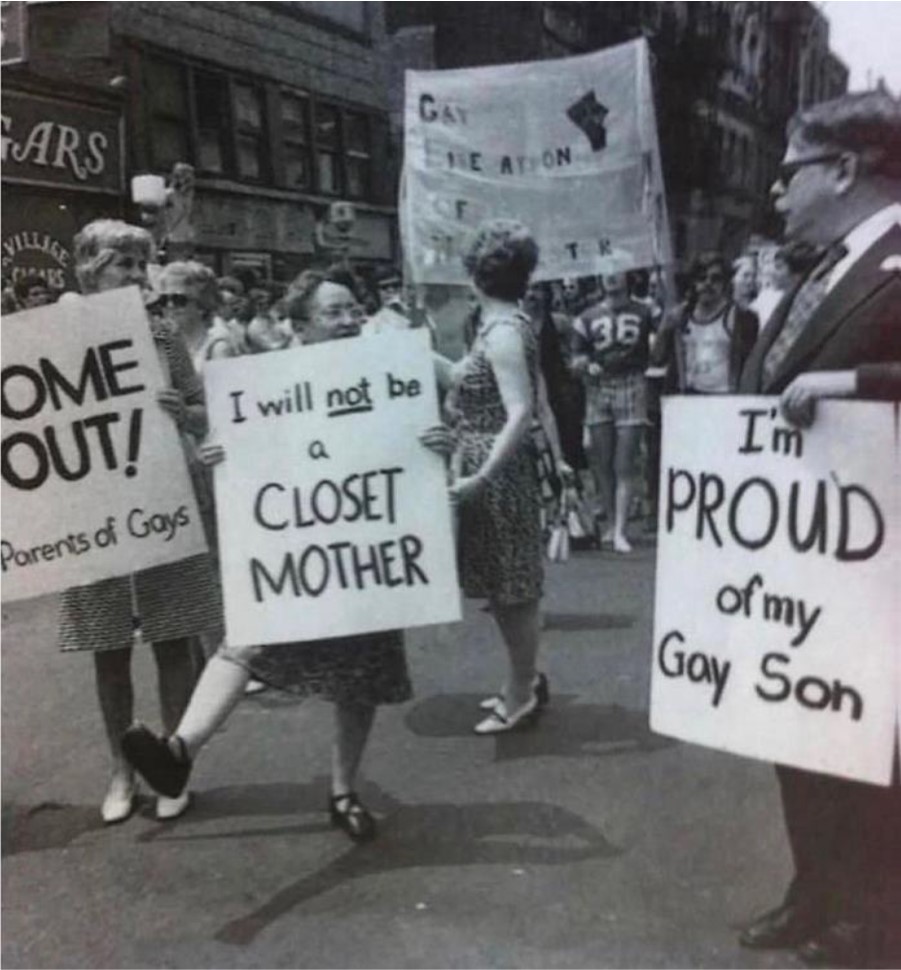 June is LGBTQI+ Month- Lesbian, Gay, Bisexual, Transgender and Queer (LGBTQ or LGBTQI+ adds "intersex" to the definition). Pride month is presently celebrated each year in the month of June to honor the 1969 Stonewall uprising in Manhattan. The Stonewall uprising was a tipping point for the gay liberation movement in the United States. In the United States the last Sunday in June was initially celebrated as gay pride day, but the actual day was flexible. In major cities across the nation the day soon grew to encompass a month-long series of events. Today, celebrations include pride parades, picnics, parties, workshops, symposiums, concerts and LGBTQI+ pride month events attract millions of participants around the world. Memorials are held during this month for those members of the community who have been lost to hate crimes or HIV/AIDS. The purpose of the commemorative month is to recognize the impact that lesbian, gay, bisexual and transgender individuals have had on history locally, nationally and internationally.

June is Pride Month, and for some companies the annual exercise in rainbow-washing switching gear in order to monetize the LGBTQI+ community, in order to indicate progressive support for LGBTQI+ equality (and earn consumer credibility)—but with a minimum of effort or pragmatic result. An article by the BBC (“Business: The Economy: The Pink Pound”) suggested that “upwards of 90% of gay people support businesses which target pink money, while actively boycotting anti-gay companies” . Ironically, often the same corporations that change their logos to rainbow-themed ones are the same corporations that are financing groups and politicians who are actively pushing for the setback of trans and queer rights.

Why Is Rainbow Washing Damaging?

The commodification and monetization of the Pride flag (a flag that represents the Queer community’s long history of resilience against oppression and strife) has had a watering down effect on Pride as an event. In some people’s minds, Pride has become more about brand deals, sponsorships and celebrity appearances, rather than amplifying queer voices and raising awareness for LGBTQI+ issues. It’s also damaging because it misleads well-intentioned people into thinking they’re supporting the LGBTQI+ community, when in reality they are lining the pockets of multi-billion dollar corporations.

An organization’s support should be year-round and uplift queer employees year-round. Their support should be transparent (clear mission statement). Their support should be measurable (has outcomes), and their policies should align with some (e.g., UN) standards of conduct. They should address community issues (take feedback) and also offer paid opportunities for queer folk. Last but not least, the organizations/companies should speak up to impact anti-LGBTQI+ policy and legislation. Hence, today more than ever, it is of vital importance to be reminded of the purpose of this commemorative month beyond commercialization back to its origin` the recognition of the impact that lesbian gay bisexual and transgender individuals have had and have been having to date in all parts of EU and the world. We should apply concrete initiatives or steps instead of just posting rainbows, such as:

Today, more EU countries are pushing forward for equality by giving due recognition and protection for people’s lived realities. Unfortunately, it’s not all good news: The Rainbow Map and Index presents a picture of what the policy landscape is like currently, click here for more details: Rainbow Europe 2022.

There is an increase in companies/organisations and even EU research grants claiming they advance a culture of Inclusion and Diversity to drive innovative solutions as well as that they embrace and encourage employees’ & researchers’ unique identities often tagged along with some rainbow. We, as young immunologists, should be critical similar to our research and dare to challenge these words and ask to actually see the actions of those promises or guidelines. To ask how exactly these are applied in a working environment, in a research institute in the industry or academia. To dare to see what has failed so far but also what can we learn and improve. Equity and equality should not be just fancy words in a grant nor a company website. Discrimination is the act of making unjustified distinctions between people based on the groups, classes, or other categories to which they belong or are perceived to belong. Pride eventually one way or another affects us all.

Visibility matters: The article A conversation with the co-founder of 500 Queer Scientists published in Science elaborated on why & how visibility matters. It is hard to see yourself in a career where you do not see other people who are like you. Like in any discriminating minority, for individuals, it may feel easier or safer to keep their head down and not speak up. Nevertheless, it helps the community to have role models who create visibility and raise issues into public discussion. The 500 Queer Scientists is an initiative helping with such conflicts.

LGBTQ+ STEM Berlin is another great example of active groups of people promoting queer visibility in science, technology, engineering & math. Studies have reported and published that there is 20% less representation of LGBTQI+ professionals in STEM fields while 40% of LGBTQ+ STEM community remains closeted at work. Feel free to join them and follow @lgbtqstemberlin on Twitter.

What is Pride truly to its core?

but also today marching in support of their LGBTQI+ kids. To me Pride is being humble for the privileges it has given us today and hopefully tomorrow.

To all young and old immunologists out there